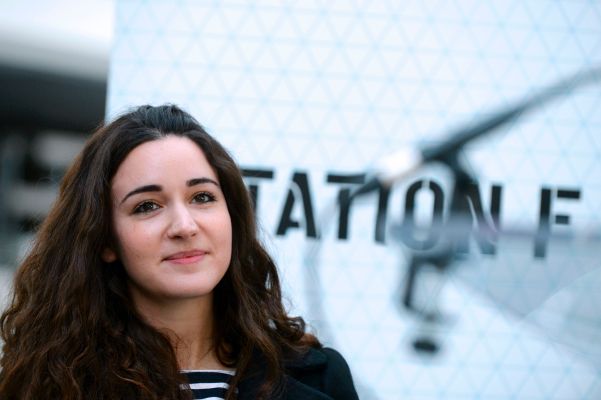 If you aren’t familiar with Station F, it starts with a beautiful building. Originally built in 1929, it is now classified as a historical monument. But now, it’s also a high-tech building and a cornerstone of the French tech ecosystem.

Varza has managed to create a community of entrepreneurs, VC funds and big tech companies that work, share knowledge and collaborate. In addition to Station F’s own Founders Program and Fighters Program, you can become a Station F member by joining a partner program.

Facebook, Naver (Line), Ubisoft, Microsoft and plenty of others all run their own incubator from Station F. And it’s been working really well as there are over one thousand startups based at Station F.

Station F is also a great signal for the international tech community. If you head over to its Instagram account, you can see that plenty of head of states and major tech CEOs come to Station F whenever they visit Paris, from Jack Dorsey to newly elected president of Ukraine Vlodomyr Zelensky. Around one third of Station F startups come from abroad and 600 members don’t even speak French.

More recently, Station F unveiled Flatmates, a co-living space for Station F members. Station F is creating a lifestyle and has become a cultural phenomenon for Paris. And I can’t wait to see what’s next.

Buy your ticket to Disrupt Berlin to listen to this discussion and many others. The conference will take place on December 11-12.

In addition to panels and fireside chats, like this one, new startups will participate in the Startup Battlefield to compete for the highly coveted Battlefield Cup.

Roxanne Varza is Director of STATION F, the biggest startup campus in the world with more than 1.000 startups, located in Paris. She is originally from Silicon Valley. Before joining STATION F, she led Microsoft Ventures Paris and TechCrunch France. She also worked for several London-based startups and cofounded StarHer, Tech.eu and Failcon France.

Prior to her current role, Roxanne was the lead for Microsoft’s start-up activities in France, running both Bizspark and Microsoft Ventures programs for 3 years. She was also Editor of TechCrunch France from 2010-2011 and has written for several publications including Business Insider and The Telegraph. In April 2013, Business Insider listed her as one of the top 30 women under 30 in tech. She has also been listed in additional rankings by Business Insider, Vanity Fair and Le Figaro, The Evening Standard and more.

Prior to TechCrunch, Roxanne worked for the French government’s foreign direct investment agency helping fast-growing startups develop their activities in France. Roxanne has spoken, moderated, mentored and judged numerous startup events and programs throughout Europe and also helps European startups with content and communications. Roxanne is trilingual and holds degrees from UCLA, Sciences Po Paris and the London School of Economics. She is also an epilepsy advocate.