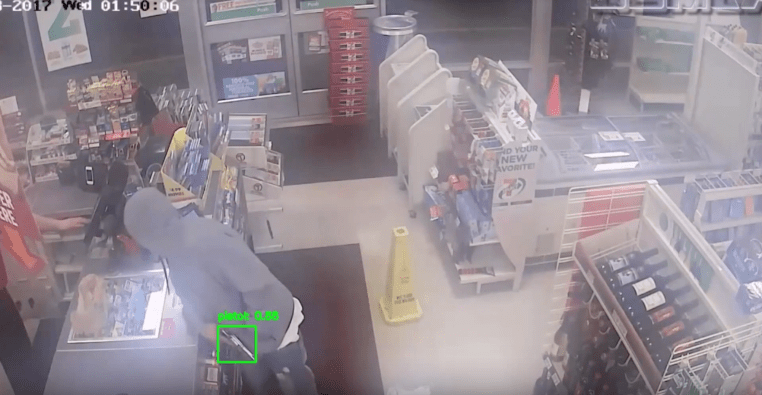 
Globally, millions of cameras are deployed by companies and organizations every year. All you have to do is look up. Yes, there they are! But the petabytes of data collected by these cameras really only become useful after something untoward has occurred. They can very rarely influence an action in “real time.”

The company has now raised $3.7 million from Lavrock Ventures, Scout Ventures and Advantage Ventures to scale the team growing partnerships and market share.

Trueface claims it can identify enterprises’ employees for access to a building, detect a weapon as it’s being wielded or stop fraudulent spoofing attempts. Quite some claims.

However, it’s good enough for the U.S. Air Force, as it recently partnered with them to enhance base security.

Originally embedded in a hardware access control device, Trueface’s computer vision software inside one of the first “intelligent doorbell” Chui was covered by TechCrunch’s Anthony Ha in 2014.

Trueface has multiple solutions to run on an array of clients’ infrastructures, including a dockerized container, SDKs that partners can use to build their own solutions and a plug and play solution that requires no code to get up and running.

The solution can be deployed in various scenarios, such as fintech, healthcare, retail, humanitarian aid, age verification, digital identity verification and threat detection. Shaun Moore and Nezare Chafni are the co-founders and CEO and CTO, respectively.

Facial recognition was banned by agency use in the city of San Francisco recently. There are daily news stories about privacy concerns of facial recognition, especially in regards to how China is using computer vision technology.

However, Truface is only deployed “on-premise” and includes features like “fleeting data” and blurring for people who have not opted-in. It’s good to see a company building in such controls from the word go.

However, it’s then up to the company you work for not to require you to sign a statement saying you are happy to have your face recognized. Interesting times, huh?

And if you want that job, well, that’s a whole other story, as I’m sure you can imagine.