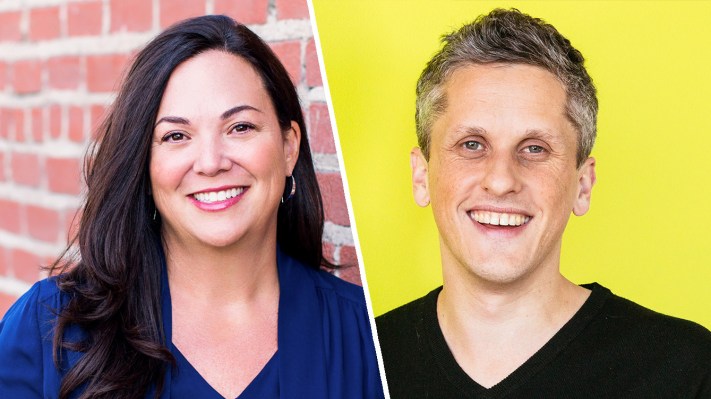 
Pagerduty‘s CEO Jennifer Tejada and Box co-founder and CEO Aaron Levie both guided their companies to successful IPOs, with Box going public in 2015 and Pagerduty listing its stocks only a few months ago. Both of them will join us on the first day of TechCrunch Disrupt SF (October 2) to talk about their experiences in getting their companies to this point and managing the changes that come with being a public company.

It took both companies about 10 years to get to their IPOs. Levie co-founded the content management and file sharing service Box in 2005 and Pagerduty first launched as a basic notification tool for on-call developers in 2009, with Tejada joining as CEO in 2016. Box has already experienced its share of ups and downs in the stock market and Pagerduty’s IPO in April launched its stock right into one of the more volatile markets in recent years.

At Disrupt, though, we’ll focus on what these two CEOs did to get their companies ready to go public and the process of listing a company — and what, in hindsight, they would’ve done differently.

Box’s road, especially, was rather long and winding. It took the company nine months from filing its S-1 to actually IPOing — in part because the reaction to the numbers it disclosed in its S-1 was pretty negative at the time.

Pagerduty, on the other hand, had a more straightforward path, in part thanks to its strong financial position before it filed.

Disrupt SF runs October 2 to October 4 at the Moscone Center in the heart of San Francisco. Tickets are available here.