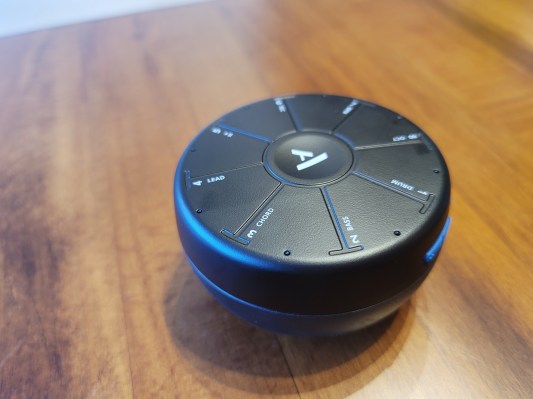 
At CES back in January, I met with a handful of founders who were/are crowdfunding musical instruments. It’s a fascinating category and one to watch if you have a passing interest in either music or technology. Like a vast majority of hardware startups, most companies in the space will build one product if they’re lucky — and even that can feel like something of a long shot.

Coupling the Hail Mary pursuits of hardware development with an earnest attempt to reinvent the musical wheel feels like an act of futility. And honestly, it is. But every so often, something breaks through in an exciting way. Roli is probably one of the best examples of the phenomenon in recent years. The company’s Seaboard was a clever take on the synth — and the U.K. company has continued to release clever music products.

Nashville-based Artiphon managed to capture the imagination of online music lovers as well, with the simply named Instrument 1. The hybrid guitar/piano-style device pulled in a wildly impressive $1.3 million on Kickstarter back in 2015. I spoke to the company’s founders about the project at CES this year, but it was their second device that really interested me.

Last year’s Kickstarter campaign for the Orba bested its predecessor, raising $1.4 million. And it’s easy to see why. The company describes it thusly on its campaign page:

Hold out your hands and meet Orba, a new kind of musical instrument. It’s a synth, looper, and MIDI controller that lets anyone make music immediately. Orba’s minimalist design resembles a cross between a gaming controller and a half a grapefruit, and its feather-touch sensitivity translates gestures from your fingers and hands directly into sound. Orba introduces a new and fun way to make music anywhere, even if you’ve never played an instrument before.

It’s that last bit in particularl that caught my attention. The thing that united most of the devices I looked at in January is some kind of base-level requirement of musical skill. Which, understandable. But as an overzealous music fan with — let’s just say limited — ability, I’ve been looking for something that might scratch that musical itch. Honestly, I was pretty hopeful for Roli’s Blocks, but ultimately found their appeal for novices to be overstated.

I’ve been asking after the Orba since January. I doubled down in March/April when the COVID-19 shutdown really hit us in earnest here in New York, thinking it would be a good way to pass some of the time that didn’t involve rewatching Tiger King. Initially planned for an April delivery, founder/CEO Mike Butera notes that things like COVID-19 and the ongoing trade war put a damper on those plans.

“Despite that, we started shipping to our 12,000+ Kickstarter backers first this summer, and we’re now 95% shipped globally (100% in the countries where we’ve opened sales),” he says. “All remaining backers are already in logistics.” 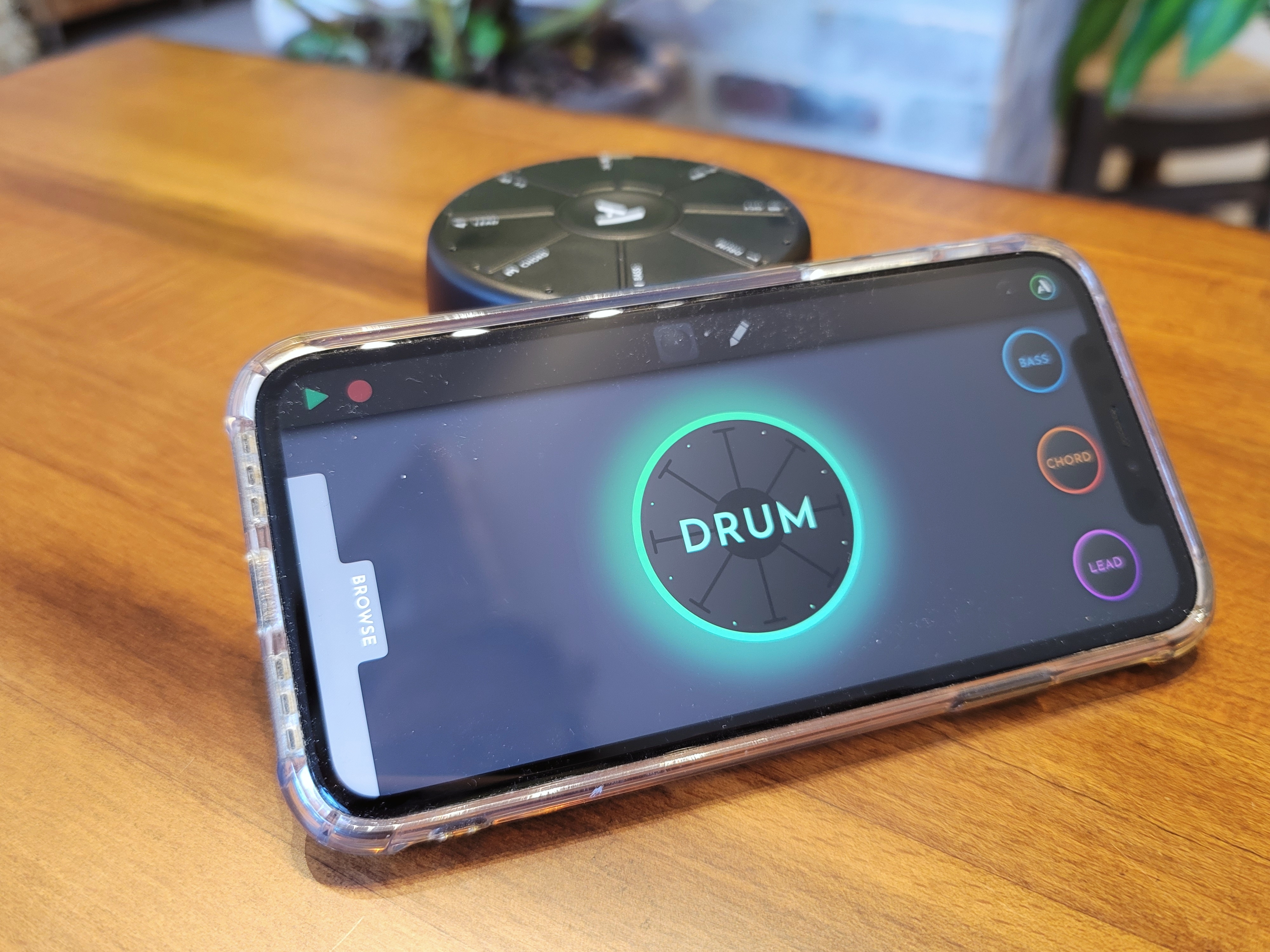 It took a while for the device to finally come through, but I finally got my hands (well, hand, really) on it — and so far I’m pretty into the thing. I can’t promise my attention span is going to hold up beyond a week or two, but I’m really digging it right now. As you’d expect, having some musical skill is certainly helpful, but it’s not a prerequisite. The learning curve is surprisingly small, and the thing, quite literally, works out of the box. Hooking it up to a computer (via USB-C) or smartphone (Bluetooth) enhances the experience, sure, but it’s not necessary.

The easiest way to think about the peculiar little object is as a kind of compact, pre-programmed MIDI controller you can use to build songs by layering loops on the fly. The “grapefruit” comparison is pretty apt (especially if you get the citrusy silicon cover), with each of the “slices” representing a different element of an instrument. In “lead” or “chord” mode, they generally represent different notes. With “drums” they’re different pieces in a kit or other percussion instruments.

Holding down the big “A” lets you switch between instruments, adjust the BPM (tempo), record a track or play it back. I’ve found the easiest way to approach it is laying down a rhythm track with the drums (to the built-in metronome) and then layering chords over that. Here’s a Day One attempt. It’s not Bach or Wendy Carlos, but you get the picture:

I should add the software doesn’t currently support saving/exporting songs, which is a big bummer. The above recording was jury rigged in a very lo-fi way by holding the instrument up to a mic during playback. There are other methods, including using the headphone jack as audio out, but the above was honestly just the easiest method at the time. The feature is included in the instructions, but not the app. Butera has since confirmed with me recording/sharing is, indeed, coming soon.

For the time being, the app is mostly good for switching sounds. There are about 10 sound packs per instrument (with considerable overlap between them). It’s a pretty good start, though most tend toward the electronic and ambient, with drum sounds that more closely approximate an 808 than a proper analog drum kit. It makes sense. Again, this thing is a MIDI controller at its heart and will never be able to sufficiently approximate a chamber orchestra. 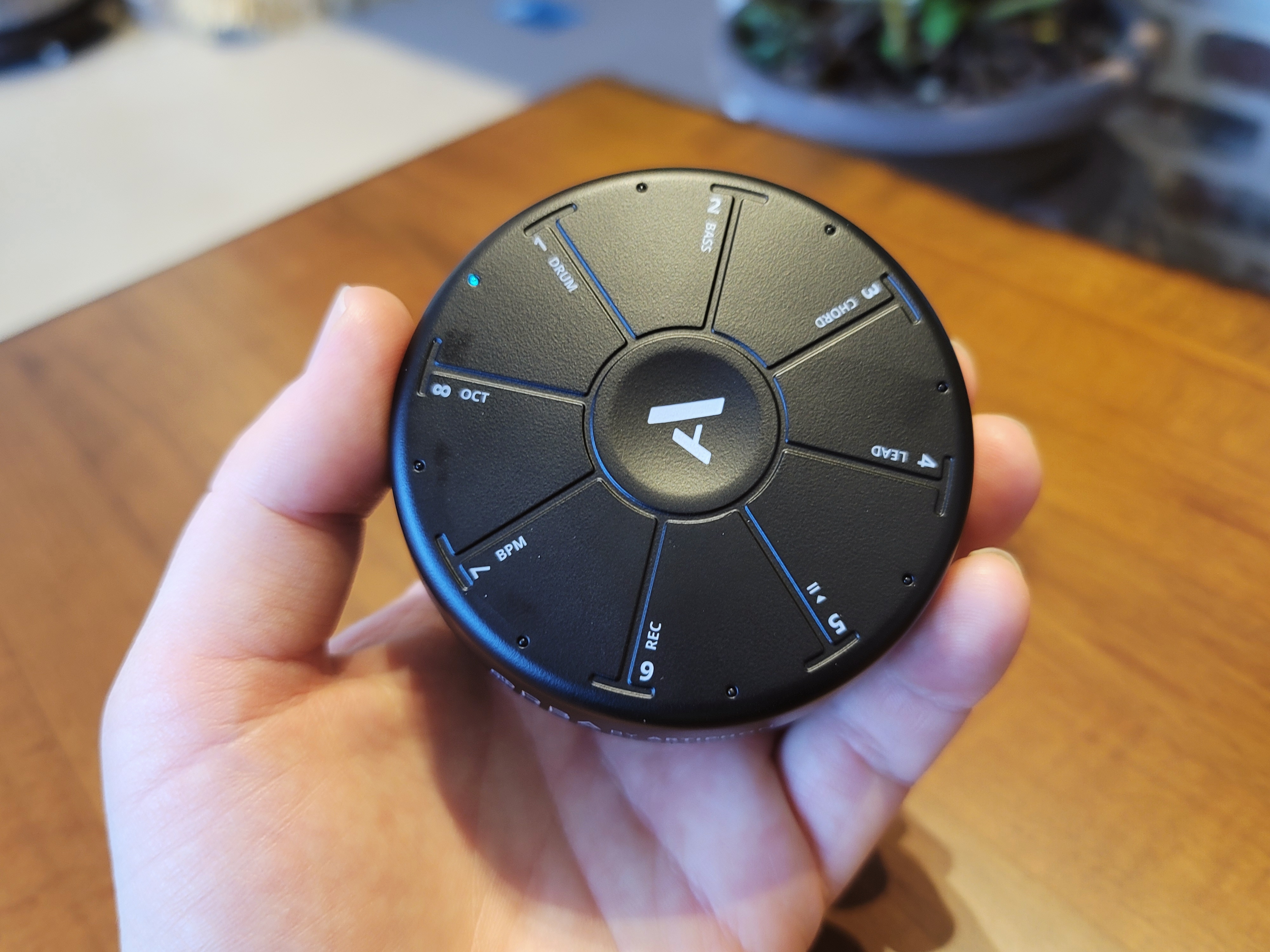 The chords/leads are in a scale, so it’s impossible — or at least difficult — to hit a wrong note. Artiphon is working to expand the library of sounds. There are no plans to let users contribute to the library, though they can alter the sounds themselves by using the system as a MIDI controller.

The current level of customization leaves a little to be desired. Though that’s certainly to be expected from a first-gen product from a small startup. And, honestly, there’s something to be said for keeping things relatively simple when it comes to appealing to beginnings. It also warrants mention that the little hunk of plastic is surprisingly versatile when it comes physical interaction. The “keys” don’t have give, but the company has added a number of clever ways to alter the input. It takes some getting used to and can sometimes lead you to trigger an accidental result, but over all, it’s a nice feature.

Stealing the graphic from the Kickstarter page: 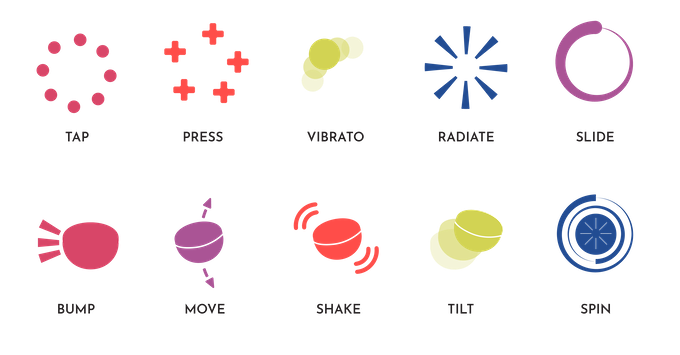 I’m not ready to classify the Orba as a serious musical instrument — and honestly, I don’t think that’s really the point. I have no illusions of becoming the next Flying Lotus or Dan Deacon here, but damn if the $99 gadget isn’t fun to have lying around to blow off steam, kill some time and keep myself occupied during boring conference calls — on mute, of course.