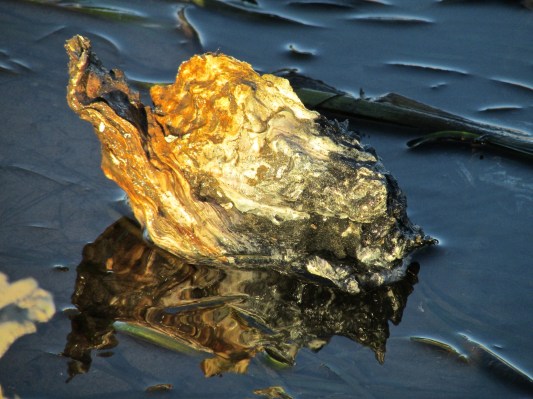 
The growth of remote working and managing workforces that are distributed well beyond the confines of a centralized physical office — or even a single country — have put a spotlight on the human resources technology that organizations use to help manage those people. Today, one of the HR startups that’s been seeing a surge of growth is announcing a round of funding to double down on its business.

Oyster, a startup and platform that helps companies through the process of hiring, onboarding and then providing contractors and full-time employees in the area  of “knowledge work” with HR services like payroll, benefits and salary management, has closed a Series A round of $20 million.

The company is already working in 100 countries, and CEO and Tony Jamous (who co-founded the company with Jack Mardack) said in an interview that the plan is to expand that list of markets, and also bring in new services, particularly to address the opportunity in emerging markets to hire more people.

Currently, Oyster does not cover candidate sourcing or any of the interviewing and evaluation process: those could be areas where it might build its own tech or partner to provide them as part of its one-stop shop. It has dabbled in virtual job fairs, as a pointer to one potential product that it might explore.

“There 1.5 billion knowledge workers coming into the workforce in next 10 years, mostly from emerging economies, while in developed economies there are some 90 million jobs unfilled,” Jamous said. “There are super powers you can gain from being globally distributed, but it poses a major challenge around HR and payroll.”

Emergence Capital, the B2B VC that has backed the likes of Zoom, Salesforce, Bill.com and our former sister site Crunchbase, is leading the funding. The Slack Fund (Slack’s strategic investment vehicle), and London firm Connect Ventures (which has previously backed the company at seed stage) are also participating.  The investment will accelerate Oyster’s rapid growth, and support its mission of enabling people to work from anywhere.

Oyster’s valuation is not being disclosed. The startup has raised about $24 million to date.

One of the great ironies of the global health pandemic is that while our worlds have become much smaller — travel and even local activities have been drastically curtailed and many of us spend day in, day out at home — the employment opportunity and scope of how organizations are expected to operate has become significantly bigger.

Public health-enforced remote working has led to companies de-coupling workers from offices, and that has opened the door to seeking out and working with the best talent, regardless of location.

This predicament may have become more acute in the last year, but it’s been one that has been gradually coming into focus for years, helped by trends in cloud computing and globalization. Jamous said that the idea for Oyster came to him was something that he’s been thinking about for years, but became more apparent when he was still at his previous startup, Nexmo — the cloud communications provider that was acquired by Vonage for $230 million in in 2016.

At Nexmo we wanted to be a great local employer. We were headquartered in two countries but wanted to have people everywhere,” he said. “We spent millions building employment infrastructure to do that, becoming knowledgable about local laws in France, Korea and more countries.” He realized quickly that this was a highly inefficient way to work. “We weren’t ready for the complexity and diversity of issues that would come up.”

After he moved on from Nexmo and did some angel investing (he backs other distributed work juggernauts like Hopin, among others), he decided that he would try to tackle the workforce challenge as the focus of his next venture.

That was in mid-2019, pre-pandemic. It turned out that the timing was spot on, with every organization looking in the next year at ways to address their own distributed workforce challenges.

The emerging market focus, meanwhile, also has a direct link to Jamous himself: he left his home country of Lebanon to study in France when he was 17, and has essentially lived abroad since then. But as with many people who move into developed from emerging markets, he knew that the base of technical talent in his home country was something that was worth tapping and nurturing to help residents and the countries themselves improve their lots in life; and he thought he could use tech to help there, too.

Related to that wider social mission, Oyster has a pending application to become a B-Corporation.

Jamous is not the only one that has founded an HR company based on his personal experience: Turing’s founders have cited their own backgrounds growing up in India and working with people remotely from there as part of their own impetus for building Turing; and Remote’s founder hails from Europe but built Gitlab (where he had been head of product) based on a similar premise of tapping into the talent he knew existed all around the world.

And indeed, Oyster is not alone in tackling this opportunity. The list of HR startups looking to be the ADP’s of the world of distributed work include Deel, Remote, Hibob, Papaya Global, Personio, Factorial, Lattice, Turing and Rippling. And these are just some of the HR startups that have raised money in the last year; there are many, many more.

The attraction of Oyster seems to come in the simplicity of how the services are provided — you have options for contractors, and full-timers, and full, larger staff deployments in other countries. You have options to add on benefits for employees if you choose. And you have some tools to work out how hires fit into your bigger budgets, and also to guide you on remuneration in each local market. Pricing starts at $29 per person, per month for contractors, to $399 for working with full employees, to other packages for larger deployments.

Oyster works with local partners to provide some aspects of these services, but it has built the technology to make the process seamless for the customer. As with other services, it essentially handles the employment and payroll as a local provider on behalf of its customers, but can do so under contract terms that reconcile both a company’s own policies and those of the local jurisdictions (which can differ widely between each other in areas like vacation time, redundancy terms, maternity leave and more).

“It has a few well funded competitors, but that’s usually a good signal,” said Jason Green, the Emergence partner who led on its investment. “But you want to bet on the horse that will lead the race, and that comes down to execution. Here, we are betting on a team that’s done it before, an entrepreneur experienced in building a company and selling it. Tony’s made money and knows how to build a business. But more than that, he’s mission driven and that will matter in the space, and to employees.”