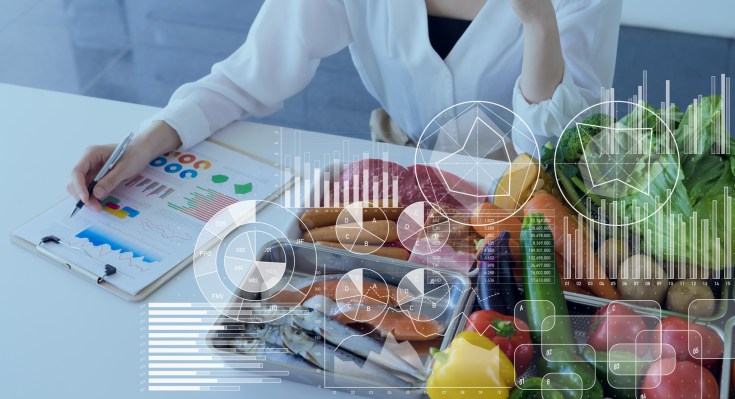 
Protein biochemist Dr. Jasmin Hume was working in the alternative food space when she saw an opportunity to evolve technology so that our global food industry can reduce its reliance on animals.

She started Shiru in 2019, and the company uses a “precision fermentation” process to create plant-based ingredients for food companies. The result has similar taste, texture, versatility and cost at scale as its animal analogs, Hume told TechCrunch.

“The opportunity that I saw and learned about is that the ingredients that we get from animals, the egg proteins or dairy proteins, pop up in food labels in weird places,” she added. “For example, white, spongy bread has milk proteins. We aim to cover a lot of food categories, but by replacing them with sustainable and nutritious ingredients.”

Shiru’s catalog currently has six different ingredients that are colorless and flavorless and can be added to a variety of food products, like packaged baked goods, sauces, burgers and yogurt.

One of the food targets Hume and her team are looking to replace is methyl cellulose, a starch that is used in foods like vegetable protein-based foods.

“It provides a binding function that isn’t already in plant-based burgers and sauces, however, it is a nasty ingredient to have on the label,” Hume added. “Food companies have issues with methyl cellulose, but no one is talking about it. That type of ingredient compels a replacement, and we have the ingredients to replace that.”

To get out ahead of the industry demand and be able to deliver these first ingredients to companies by early next year, the Emeryville-based company today announced a $17 million Series A round, led by S2G Ventures.

As part of the investment, Chuck Templeton, managing director of S2G, joined Shiru’s board. The firm is an investment fund focused on healthy food and sustainable agriculture, and often invests in companies that have impact and an analog to replace animal products.

There has been an evolution of plant-based foods, with each new version aimed at being better tasting, though still not as healthy as could be, he said. Shiru’s ingredients, on the other hand, are poised to be a new version that not only “tastes great,” but closely mirrors the analog it is trying to replace and is healthier, he added.

In addition, Templeton believes the company has figured out the cost structure, nutritional panels and the right labeling to “get customers excited.”

“They are just now discovering products and proteins faster and are able to look at how to bring ingredients to market that have multiple uses,” he added. “This gives them an opportunity to fine tune and continue to do things like bring the cost structure down. Jasmin and her team are enabling the food industry to not be constrained and to find the best ingredients to clean up their labels and the environment.”

Meanwhile, with the plan to have ingredients ready for customers by next year, Hume forecasts that we could see the first commercial products containing Shiru’s ingredients on grocery store shelves as early as 2023.

The company was initially heads down working on the technology, and when it was validated, Hume began looking at another round of venture capital to continue to the next phase of scaling and build out Shiru’s infrastructure.

She intends to use the new funding to double Shiru’s 22-person workforce within the next 12 months in the areas of science, fermentation, marketing and business development. The company is also moving into a new headquarters in Alameda next year and will begin scaling its manufacturing.

“The biggest thing we need to do is produce a lot of ingredients,” Hume added. “The scaling challenge is going to be a big one, and we are seeking partnerships or building the facilities ourselves to use the fermentation at industrial scales. This will get us to the point where we can deliver the samples that food companies need for testing.”